While nobody here is going to claim Google is becoming irrelevant, there is a growing number of internet users who are becoming feed up with Google’s monopoly on search and looking for less censored and controlled options.

DuckDuckGo, the privacy-focused search engine, posted on Twitter that it just hit a new milestone, breaking 30 million queries per day on average.

DuckDuckGo fun fact: it took us seven years to reach 10 million private searches in one day, then another two years to hit 20 million, and now less than a year later we’re at 30 million! Thank you all 😃 #ComeToTheDuckSidehttps://t.co/qlSaz4j9ZH 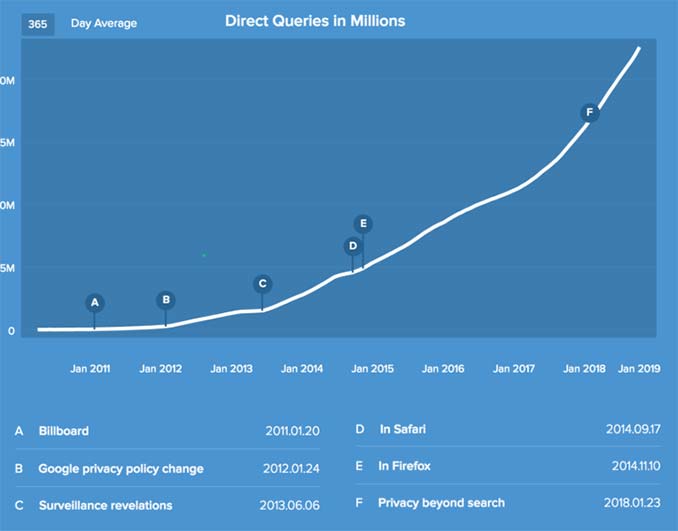 Gabriel Weinberg, the founder of DuckDuckGo, told TechCrunch, “We’ve been growing by approximately 50% a year pretty consistently so at a macro level it isn’t too surprising, just the numbers are getting bigger!”

Weinberg added, “That said it has been even increased on top of that this year, especially in the past two months.”

In the grand scheme of things, these results are still pretty small when compared to the tens of billions of searches Google processes per day. That being said, this is a trend that you should monitor as there are a growing number of people who are becoming increasingly concerned with their online privacy and looking for other options.

Register For The Free MarketingBanks.com Newsletter